On 3-2-2021 at approximately 7:45 p.m., Hayes PD contacted the Brown County Sheriffs office and informed us that Trevonn Hall 21 years of age from hays, KS, is on felony parole driving a stolen 2005 grey Buick Lacrosse which they believed was in Hiawatha.

He was reported as possibly armed and also had a runaway female juvenile with him. This individual was in a vehicle pursuit in Hayes, Kansas earlier in the day and eluded authorities.

Undersheriff Guilliams located the suspect vehicle parked on Pottawatomie in the 500 block. When the vehicle drove away, Hiawatha PD initiated a traffic stop and the suspect vehicle immediately fled heading east on Iowa Street colliding with a Ford Edge that was turning in to Caseys. No injuries were reported in this accident.

The suspect vehicle then turned north on First Street where Undersheriff Guilliams took over the pursuit which ultimately ended in a field west of Wal-Mart. The driver, Trevonn Hall and the 16 year old female passenger immediately exited the vehicle and ran towards Wal-Mart. A good samaritan assisted Hiawatha PD and a Brown County Deputy in the apprehension of Hall in the parking lot. The 16 year old female passenger was immediately apprehended by Hiawatha PD. 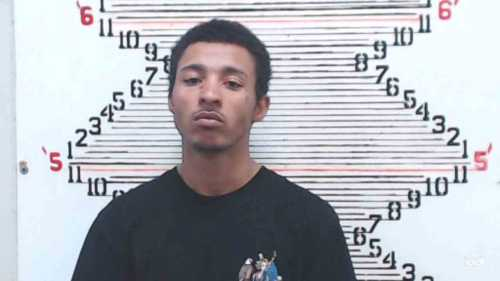