On 11-11-2021 at approximately 11:30 a.m., Brown County deputy responded to a suspicious person complaint in the city of Fairview. Upon arrival, the deputy located an individual identified as Mayo Staley 39 of Wichita. It was discovered that Staley had a $2000 Misdemeanor Warrant for Failure to Appear out of Horton, 2 Felony and 1 Misdemeanor No Bond Failure to Appear Warrants out of Kingman County and 2 Felony Probation Warrants out of Sedgewick County @ $35,000 each. Staley was arrested and transported to the Brown County jail. 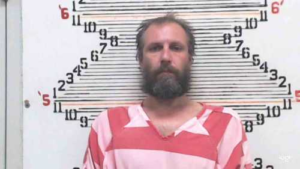 On 11-11-2021 at approximately 12:30 a.m. a Brown County deputy noticed an illegally parked vehicle in the city of Hiawatha. Upon investigation, the deputy noticed the vehicle was running with no lights, and upon interdiction with the driver, Brent Rezabek Jr, 37 of Hiawatha, he immediately detected the odor of burnt marijuana coming from inside the vehicle. Upon further investigation, Rezabek was arrested on charges of Possession of Meth, Possession of Marijuana, Possession of Drug Paraphernalia and Operating a Motor Vehicle Without a License. 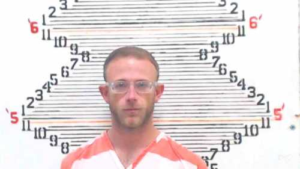 On 11-11-2021 at approximately 11:55 p.m. Deputy assisted Hiawatha PD in the apprehension of a criminal tresapss suspect.

On 11-7-2021 at approximately 10:40 p.m. based on a traffic stop, Lynda Larson 32 Robinson was arrested on charges of Possession of Marijuana and Possession of Drug Paraphernalia.

On 11-6-2021 at approximately 10:50 p.m. based on a traffic stop, Tonya Swoger 41 Hamlin was arrested on charges of Possession of Marijuana and Possession of Drug Paraphernalia

On 11-6-2021 at approximately 3 a.m., a Brown County deputy was dispatched to the vicinity of 315 and Antelope Road to locate subjects who had been involved in an alleged theft in Richardson County Nebraska. The suspect vehicle had driven off of the roadway numerous times driving through unharvested fields. Apparently an individual witnessed a theft in Dawson Nebraska and followed the suspect vehicle near 315 and Antelope where the suspect vehicle became disabled. The individual stated when the vehicle became disabled, two people ran from the disabled vehicle, one of the suspects was identified as Austin Archer by the individual.
Archer was located nearby and after investigation, Archer was arrested by Brown County on charges of Possession of Meth, Possession of Drug Paraphernalia, Obstruction, Battery of an LEO, Failure to report Accident, Criminal Damage to Property and Driving While Suspended. The investigation is ongoing with possible other charges pending. 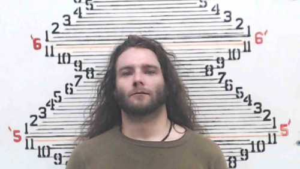