On 10-5-2021 at approximately 3:25 p.m., Brown County dispatch received a 911 call from a motorist who reported a possible domestic situation involving a red vehicle east of Hiawatha, westbound on US 36 HWY.

Upon investigation it was discovered that the male passenger identified as Phelan Warren 30 Oberlin, KS had removed the keys while the female driver was operating the vehicle. There was partial lane blockage from the vehicle as it stopped in the west bound lane of traffic.

Warren gave himself up to authorities a short time later after he left the scene on foot. No damage to the vehicle or injuries during the incident were reported. Warren was arrested by Brown County Deputies on charges of Domestic Battery, Obstruction and Endangerment. Kansas Highway Patrol assisted. 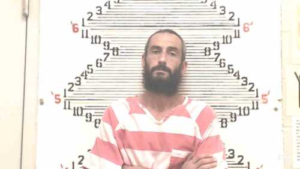